Near the end of 2017, one of the podcasters that I followed started a new blog and a new online running group. Kelly Roberts originally came to viral fame through an article with selfies with hot guys during a half marathon. That leap into the running world’s attention led to interviews, articles, and her podcast “Run, Selfie, Repeat” where she talks about “Life with a side of running” every week. Each session is a mix of stories about her journey as a runner and the larger process of viewing herself as a runner, as an athlete, and as enough. Its her podcast that really helped me to reframe my own exercise into focusing on strength rather than size. And to wanting to encourage others in defining and building their strengths too.

At the end of last year, Kelly was initiating a third attempt to complete a marathon for a BQ. For my readers who are not part of the running world, that means a Boston Qualifying time. As one of the six major marathons in the world, it is crazy hard to get into Boston. You have to be fast as a runner, and as a computer wiz because the race fills within minutes every year. For me to qualify, I’d have to drop over an hour from my best ever marathon time. It’s definitely a dream for me. Just not one I’m chasing…yet.

But Kelly was. And as part of her third time on that journey, she recognized that she needed a “Badass Lady Gang” in person and online to support her. Thus the birth of the “She Can & She Did” blog and the #BadassLadyGang on Facebook. You didn’t have to be aiming for the same goal as her to be part of the gang; you just had to be aiming to make some impossible possible in your life.

As I looked ahead to 2018, I had some impossible things I wanted to name and claim and try crazy hard to achieve. 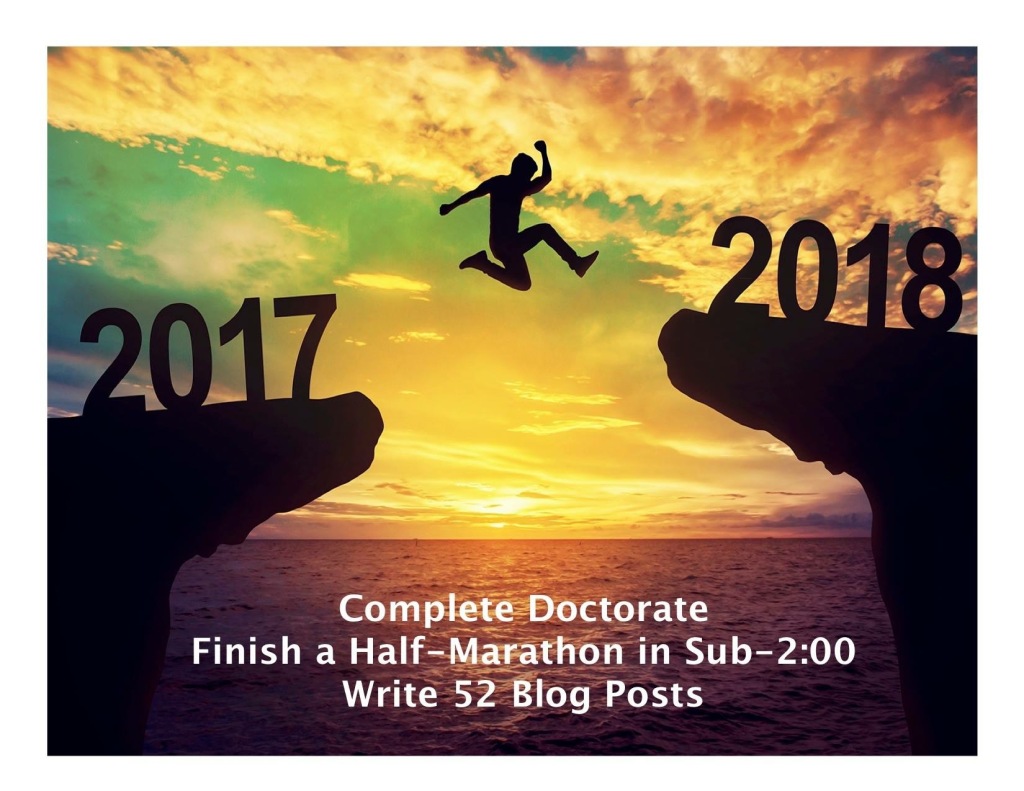 Each one was about some part of who I wanted to be when I grew up. I had made the leap in 2017 to leave a full-time job to complete my doctorate, so 2018 needed to be the landing. I had been running for several years, completing various distances but not pushing my speed in the ways I knew I could (and didn’t want to because it would be hard!!!). And since leaving my previous work, I’d come to find space and leave within sharing more of my story and needed to be pushed to keep going, and to write about things that didn’t just spring to mind while staring at the screen. After finding an art prompt on Pinterest, #52sparks began with a one-a-week goal.

Throughout 2018, the theme of #WhatsNext has been present. I end this year balancing five part-time jobs, three regular volunteering commitments, and a few dear friends who continue to pray for me and listen to me as I wonder and wander through. I have no idea what 2019 will bring, or what I want it to be. All I know tonight is that 2018 included three impossibles that became possible. So 2019, #WhatsNext?