There are so many things we don’t plan for in life.

There are other things we do plan for in life, and as I highlighted in my last blog entry, many of those plans end up going sideways and upside down before reaching the end of the road.  When I graduated from high school, I planned to go to college, get married (after graduation because no babies while in school), own a house, and settle into a simple life.  Well, college happened but not the rest of that list.  So I adapted the plan and continued forward.  I had done very well in college and believed there was a reason for this talent, so continued on to graduate school and eventually a career in higher education.  The classroom was an engaging place for me, so I wanted to create the same for others.  I started a job at a college, which two years later led to a new position.  Meanwhile I earned a second graduate degree and started a doctorate.  I was not quite sure what the plan was, but it was forming slowly.  I would see a pathway forward toward a worthy final goal.

Then last fall things started to change.  It would take me months to admit that the plan was not working any more.  I struggled with depression as who I was and what I was doing shifted farther and farther apart.  I spent three months praying and seeking direction.  Asking that God would show me the right door, or to remove the doubts about where I was.  Eventually an answer came: “Do you trust God enough to take a leap?”  A few weeks later I had an answer: yes.

So I quit my safe, full-time with benefits job.  I packed up my lovely office and crammed everything into my spare bedroom, hoping that I would have enough rent money to continue having that space.  I stepped away from the students I loved and into a quiet apartment.

My last day of full-time employment was on a Friday.  I had no idea what #Next was going to look like. 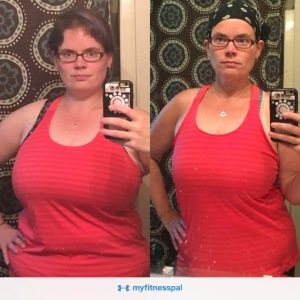 There have been some amazing unplanned things in this past year.

And there have been some painful unplanned things too.

As I’ve looked at my one year picture, the words of Seasons of Love from Rent keep coming to mind: “How do you measure – measure a year?”

Thank you for being part of this unplanned year.

The Art of Blogging

The Philosophy of Steven Colborne